This article will discuss the second method by which a person and/or event of history is scrutinized—enemy attestation.

Gary Habermas and Michael Licona note that “If testimony affirming an event or saying is given by a source who does not sympathize with the person, message, or cause that profits from the account, we have an indication of authenticity.”[1]

Here’s why this is so important: if a person’s mother said that her child had integrity, one could claim the mother spoke out of bias for her child. But what if the person’s enemy said that the person had integrity? The claim of integrity would hold greater weight.

The same is true of historical enemy attestation. The following are examples of enemy attestation as it pertains to Jesus of Nazareth. The writers of the texts you are going to read are not Christians and have no allegiance to the Christian church.

In the late first-century, Roman historian Tacitus set out to write an account of the histories of Rome. When discussing the twisted emperor Nero, Tacitus briefly mentions Jesus and the band of followers known as the Christians. Tacitus’ comments are associated with Nero’s burning of Rome.

Consequently, to get rid of the report, Nero fastened the guilt and inflicted the most exquisite tortures on a class hated for their abominations, called Christians by the populace. Christus, from whom the name had its origin, suffered the extreme penalty during the reign of Tiberius at the hands of one of our procurators, Pontius Pilatus, and a most mischievous superstition, thus checked for the moment, again broke out not only in Judaea, the first source of the evil, but even in Rome, where all things hideous and shameful from every part of the world find their centre and become popular. Accordingly, an arrest was first made of all who pleaded guilty; then, upon their information, an immense multitude was convicted, not so much of the crime of firing the city, as of hatred against mankind. Mockery of every sort was added to their deaths. Covered with the skins of beasts, they were torn by dogs and perished, or were nailed to crosses, or were doomed to the flames and burnt, to serve as a nightly illumination, when daylight had expired.[2]

From Tacitus, we can acquire that Jesus of Nazareth lived, died during the reign of Tiberius by the hands of Pontius Pilate, and was believed to have been resurrected (from Tacitus’ claim of one “mischievous superstition”). One also can acquire the great devotion of the early Christians from Tacitus’ text. 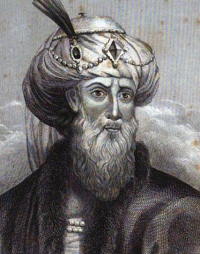 Josephus was not a Christian, but was a Jewish historian. Josephus was also a Roman sympathizer. Since Josephus was not a believer, this has led some to dismiss Josephus’ reference to Jesus. However, Josephus mentions Jesus and Jesus’ brother – James – in other places of his work.

Many have noted that the reference is legitimate, but may have originally left out the part where the historian refers to Jesus as “the Christ.” While the exact wording is debated, the reference is authentic.

Now, there was about this time Jesus, a wise man, if it be lawful to call him a man, for he was a doer of wonderful works—a teacher of such men as receive the truth with pleasure. He drew over to him both many of the Jews, and many of the Gentiles. He was [the] Christ; and when Pilate, at the suggestion of the principal men amongst us, had condemned him to the cross, those that loved him at the first did not forsake him, for he appeared to them alive again the third day, as the divine prophets had foretold these and ten thousand other wonderful things concerning him; and the tribe of Christians, so named from him, are not extinct at this day.[3]

From Josephus, we can know that Jesus lived, was considered to be wise, was condemned by Pontius Pilate, was crucified on a cross, died, and that his disciples believed him to have been raised from death.

The Babylonian Talmud contains a tradition that was handed down from a previous source. While there are some differences in this account than the Gospel record (for instance, the Talmud only records 5 disciples), the general facts about Jesus (or Yeshu) are the same.

There is a tradition (in a Barraitha): They hanged Yeshu on the Sabbath of the Passover. But for forty days before that a herald went in front of him (crying), “Yeshu is to be stoned because he practiced sorcery and seduced Israel and lead them away from God. Anyone who can provide evidence on his behalf should come forward to defend him.” When, however, nothing favorable about him was found, he was hanged on the Sabbath of the Passover.[4]

Notice that this is not a source friendly to Jesus. Even still, one can demonstrate the hostility to Jesus from the religious authorities, the crucifixion of Jesus, and even the working of miracles (attributed as sorcery in this reference). Also, one notes that Jesus, in accordance with the Gospel record, was hung on the cross near the time of Passover.

At some point after 70AD, Syrian and Stoic philosopher Mara Bar-Serapion wrote of the importance of a person’s pursuit of wisdom. In doing so, Serapion compares Jesus (ie. The “wise king” to Socrates and Pythagoras.

What are we to say when the wise are forcibly dragged by the hands of tyrants and their wisdom is deprived of its freedom by slander, and they are plundered for their superior intelligence without the opportunity of making a defence? They are not wholly to be pitied.

Thus, one can identify the wisdom that even Jesus’ adversaries found in the Nazarene. In addition, one can find that Jesus’ teachings were passed down by the early church.

Julius Africanus quotes a now extant (meaning that it is lost) writing from a historian named Thallus. Africanus states that Thallus “wrote a history of the Eastern Mediterranean world from the Trojan War to his own time…Thallus, in the third book of his histories, explains away this darkness as an eclipse of the sun—unreasonably, as it seems to me (unreasonably, of course, because a solar eclipse could not take place at the time of the full moon, and it was at the season of the Paschal full moon that Christ died).”[6]

Thus, from Thallus one can note the darkness that surrounded Christ’s death.

6. Acts of Pilate (from Justin Martyr, First Apology 35), Justin wrote in the mid 2nd century but records a text from the first-century AD.

In his book the First Apology, Justin Martyr refers to a commonly known document known as the Acts of Pontius Pilate. Unfortunately, the document is now extant.

And the expression, ‘They pierced my hands and my feet,’ was used in reference to the nails of the cross which were fixed in His hands and feet. And after He was crucified they cast lots upon His vesture, and they that crucified Him parted it among them. And that these things did happen, you can ascertain from the Acts of Pontius Pilate.[7]

The translators of the text add the following note, “These Acts of Pontius Pilate, or regular accounts of his procedure sent by Pilate to the Emperor Tiberius, are supposed to have been destroyed at an early period, possibly in consequence of the unanswerable appeals which the Christians constantly made to them.”[8]

Some may see this as a forgery. However, it is difficult to think so. Such ancient records could have been confirmed and/or denied. The fact that early Christians tended to appeal to this document would tend to verify its authenticity to some degree. This causes us to think that there may be more ancient resources available yet to be discovered that would further confirm the historical veracity of Jesus of Nazareth.

From the enemy attestation presented, the historian can know the following:

2) Jesus was a teacher from Judea;

3) Jesus was thought to have been wise;

4) Jesus performed miracles, although attributed to sorcery by his adversaries;

5) Jesus was crucified at the command of Pontius Pilate;

7) Jesus was crucified around the time of the Passover;

8) One can assume from the information given that Jesus was buried;

9) Jesus was believed to have been resurrected;

10) and Jesus’ followers accepted suffering and death while still holding on to the belief of Jesus’ resurrection.

From enemy attestation, one can know a great deal about the fundamentals of Jesus’ life.

Does Jesus pass the test of enemy attestation? YES!!!

Josephus, Flavius, and William Whiston. The Works of Josephus: Complete and Unabridged.Peabody: Hendrickson, 1987.